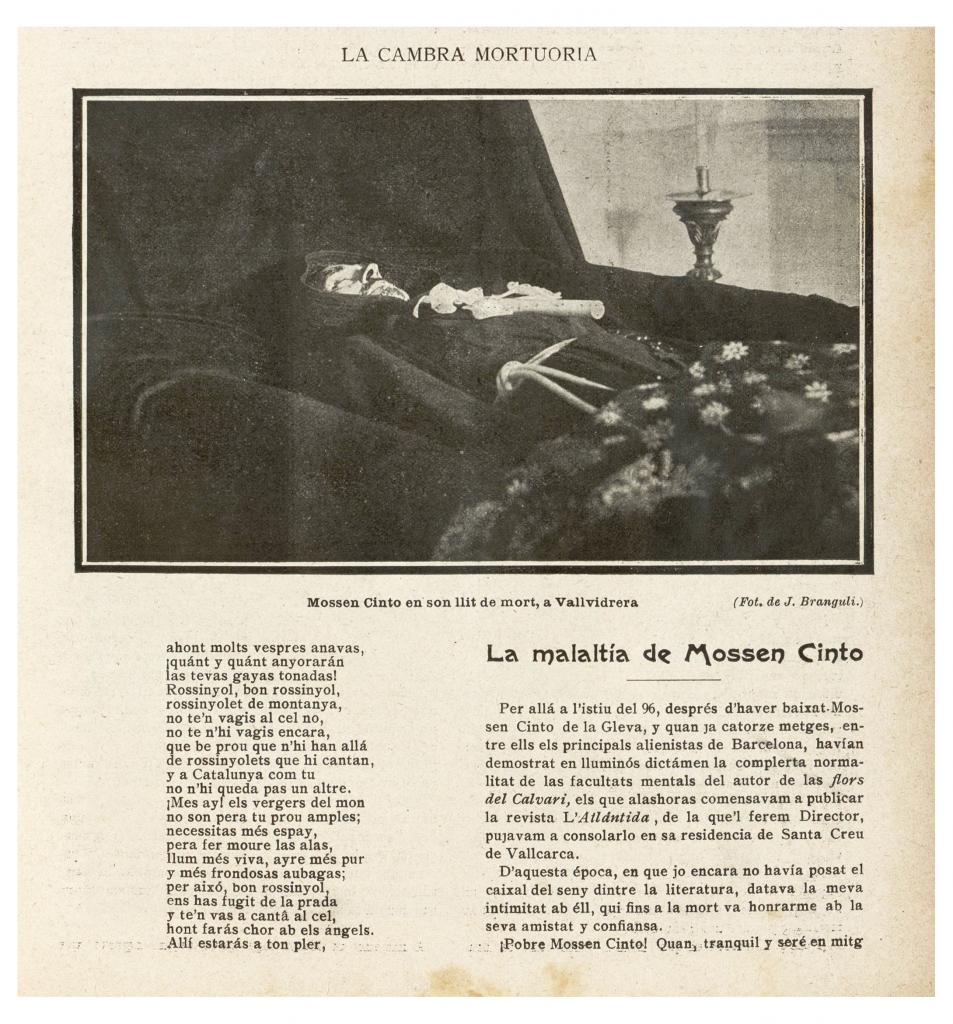 A weekly satirical publication based in Barcelona, founded in 1902, affiliated with the political line of the Lliga Regionalista – it was baptised by the same Francesc Cambó –; it fought against centralism, and especially the Lerrouxism. It was edited by Josep Bagunya and managed by Manuel Folch i Torres; while Gaietà Cornet was the artistic manager, creator of the peasant farmer with a Catalan cap for which the magazine was famous. The primary sections were managed by Josep Morató, Eduard Coca i Vallmajor and Manuel Urgellès, and in the pages the prominent caricatures were published by Llaverias, Juncesa, Opisso, Apa, Bagaria, Smith and Lola Anglada. A caricature made by Junceda, published in 1905 on the occasion of the Banquete de la Victoria, was considered insulting in the eyes of the military, thus provoking an assault and the destruction of the workshops of the magazine and the subsequent suspension for five months. Due to the political hindrance and the huge success in terms of sale (they reached 60.000 copies) they reached the 518th issue. The radicalism and hostility led the governing elements of La Lliga, the party with who it was affiliated, to shut it down in 1914.