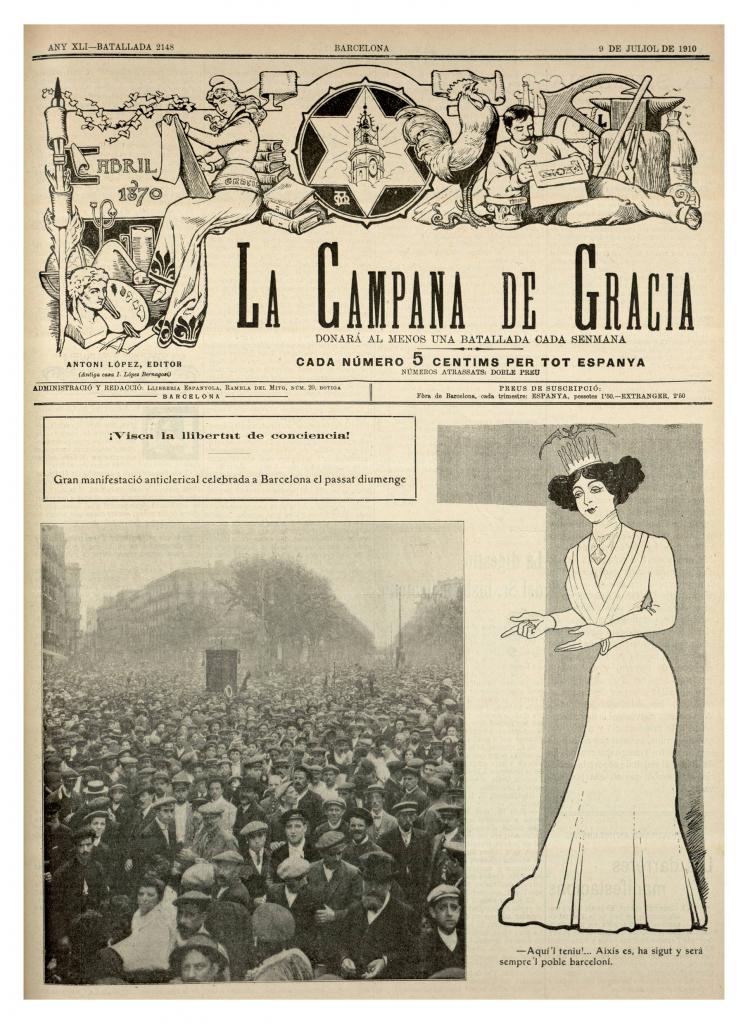 A weekly satirical, republican and anticlerical magazine. It was founded by Innocenci López y Bernagosi the 8th of May 1870 with the title suggested by Valentí Almirall, who remembered the revolts provoked by a fifth-column levy two months before in the Vila de Gràcia, during which the parish bell didn't stop ringing.

It was published during more than 64 years (3.403 editions, named “battles”). It was founded as a bilingual weekly, although it only employed Castillian in some writings of the first years. Politically, in first place, it was a supporter of Pi i Maragall, a moderate republican during The First Republic, and later on, during the monarchic restoration, a follower of Castelar. Rather more interested in the politics of the Spanish State than the Catalan, it criticised the Catalanist actions, with the exception of the Juegos Florales. Over time it modified its posture and, just like L'Esquella de la Torratxa, it supported the social movement Solidaridad Catalana, attacked the Lerroux movement and ideology, and promoted a Catalanist left-wing politics amongst the working classes, its principal audience. From the 2nd of July 1932 to its extinction, in the aftermath of the Hechos de Octubre of 1934, it was owned by Esquerra Republicana de Catalunya.