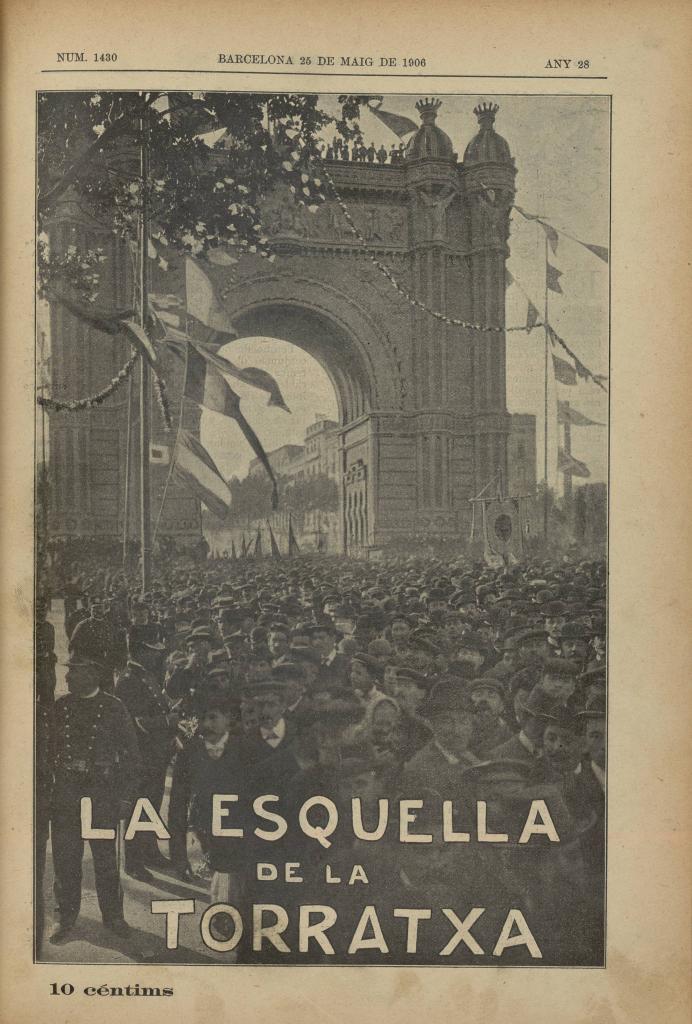 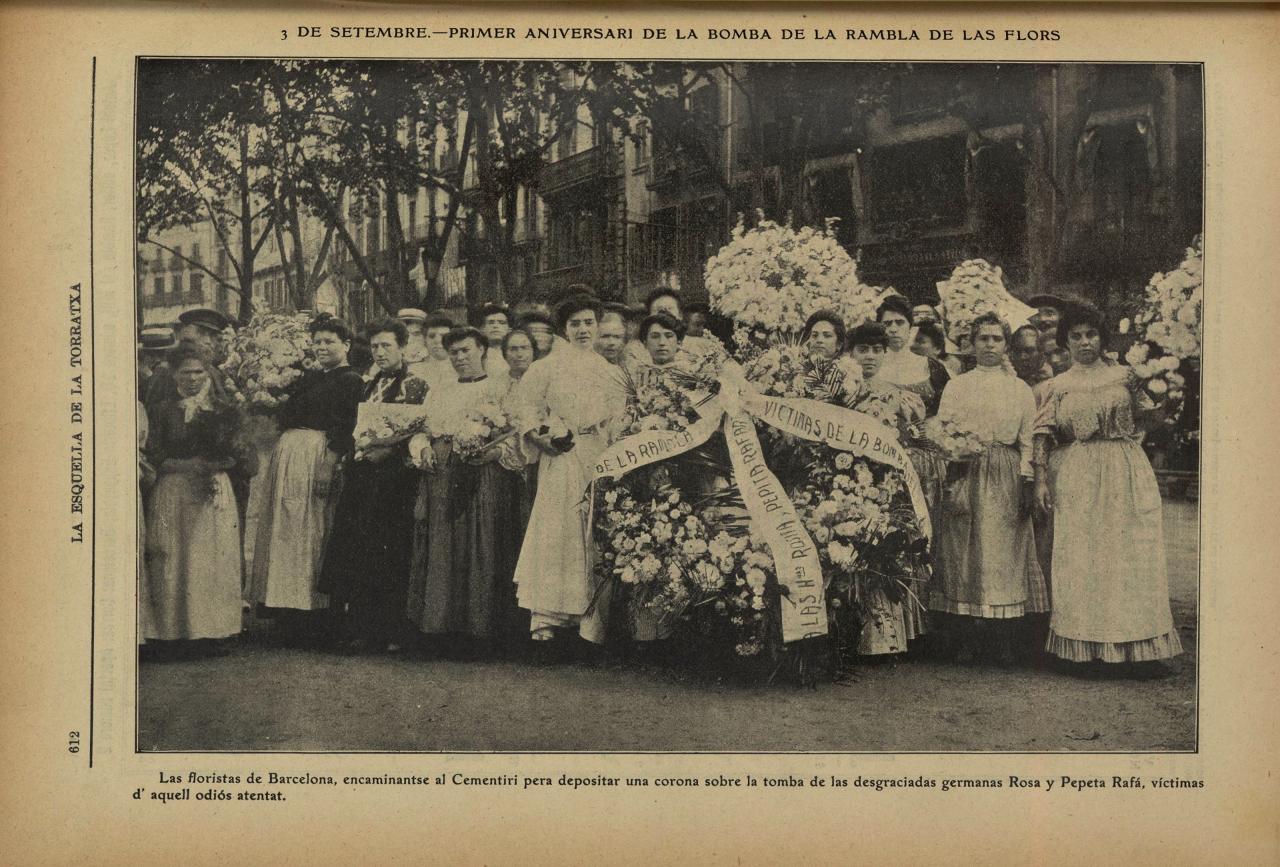 L'Esquella de la Torratxa (1872-1939) was the great Republican humour magazine of the first third of the twentieth century. Owned by the López family, and popular among the middle classes, it had a strong political impact and a clear social influence, with a print run that reached 35,000 copies. Four generations of Barcelona’s professional cartoonists and illustrators contributed to the magazine, including prominent figures like Apel·les Mestres, Isidre Nonell, Josep Costa (Picarol), Feliu Elias (Apa), Jaume Passarell and Ricard Opisso

L’Esquella de la Torratxa started to include studio photographs on its cover in 1891, and in May 1894 it published the first exterior view (a racecourse grandstand). Among the first photographers to contribute were A. S. Xatart, with the ethnographic series “Tipus de la terra” (Local Types) and Fernando Rus, with various views of Barcelona. Many other photojournalists gradually joined the team, including Alessandro Merletti, Frederic Ballell and Alejandro Antonietti, covering a wide diversity of topics.