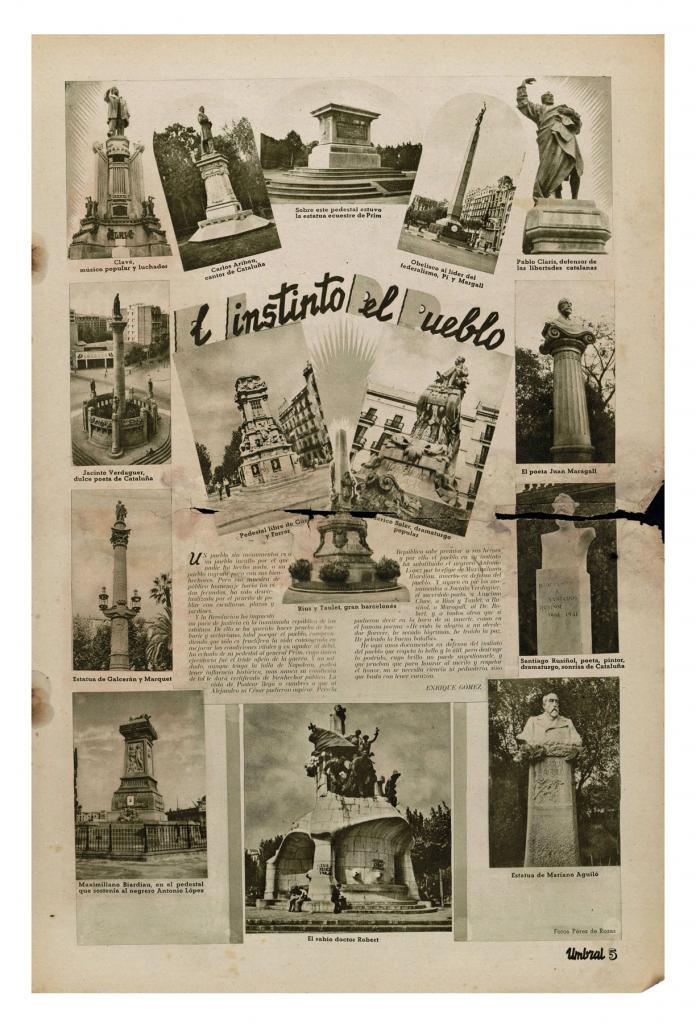 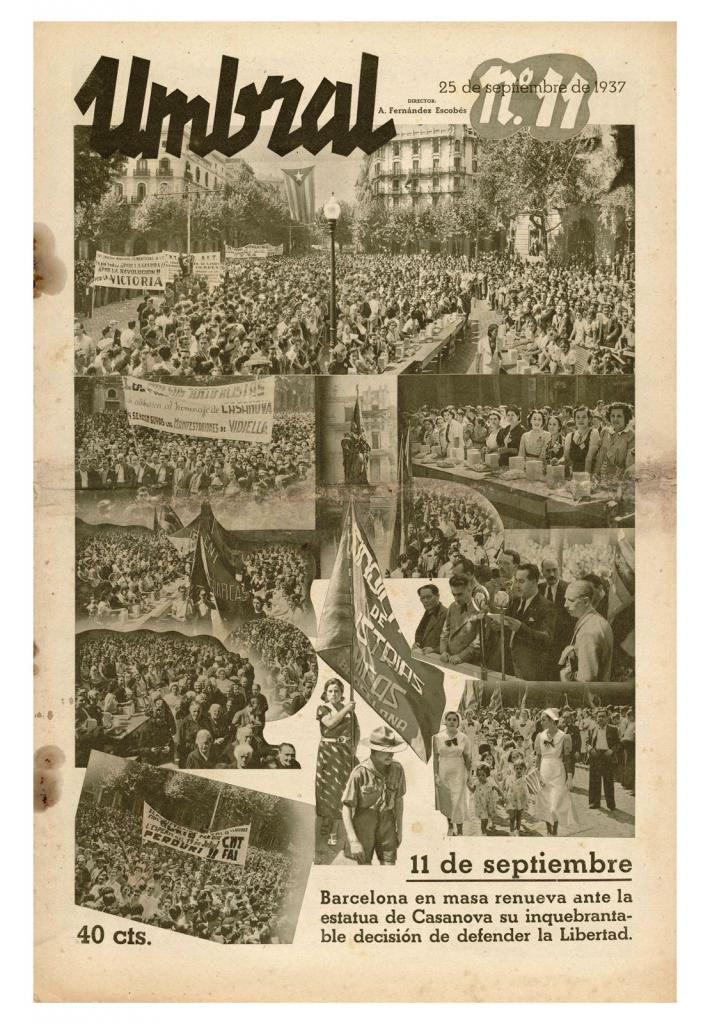 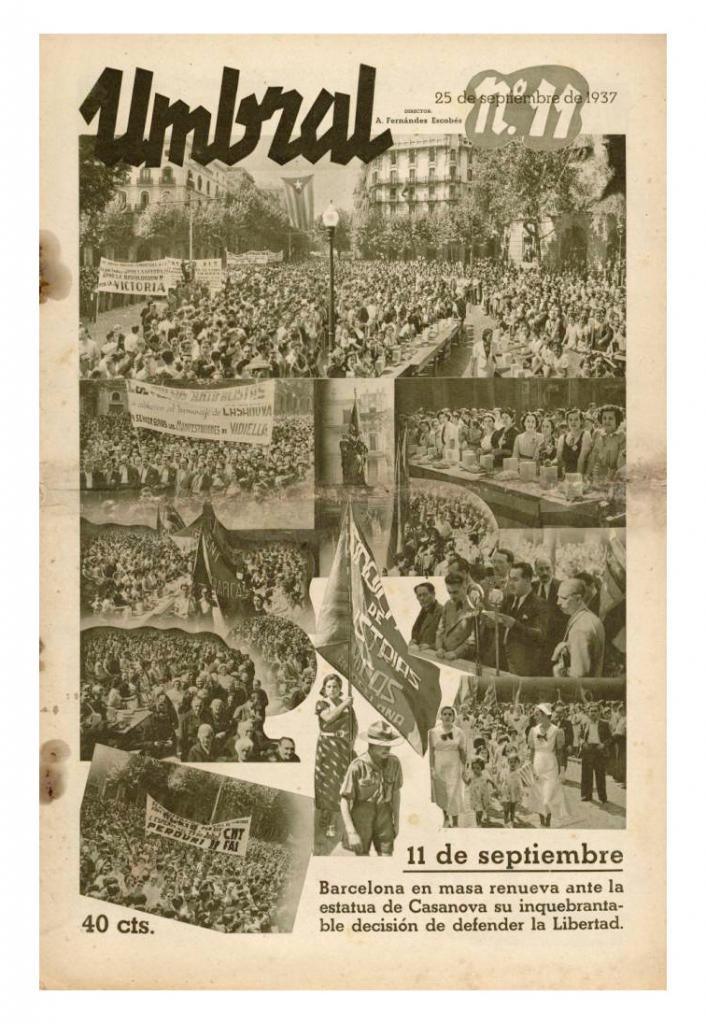 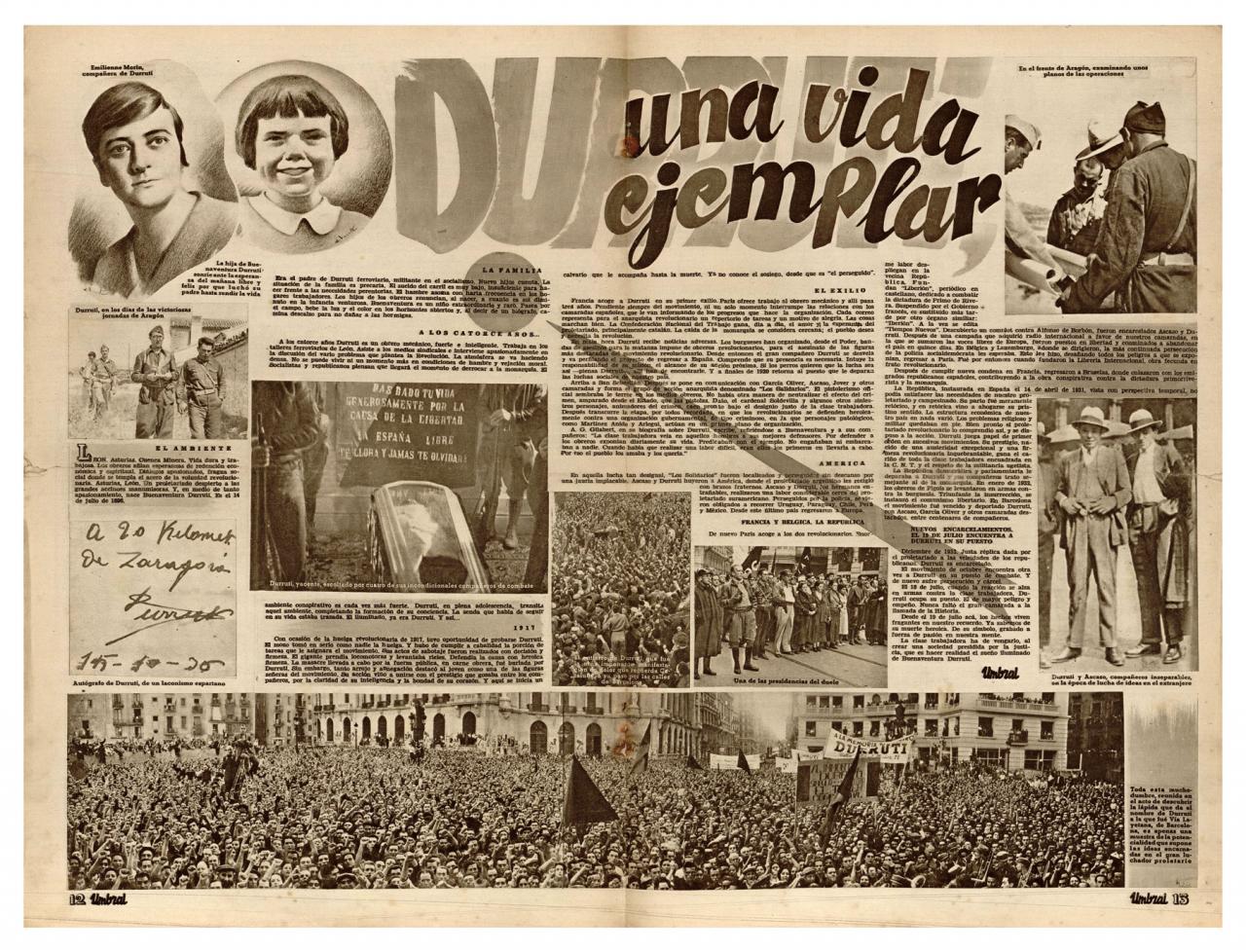 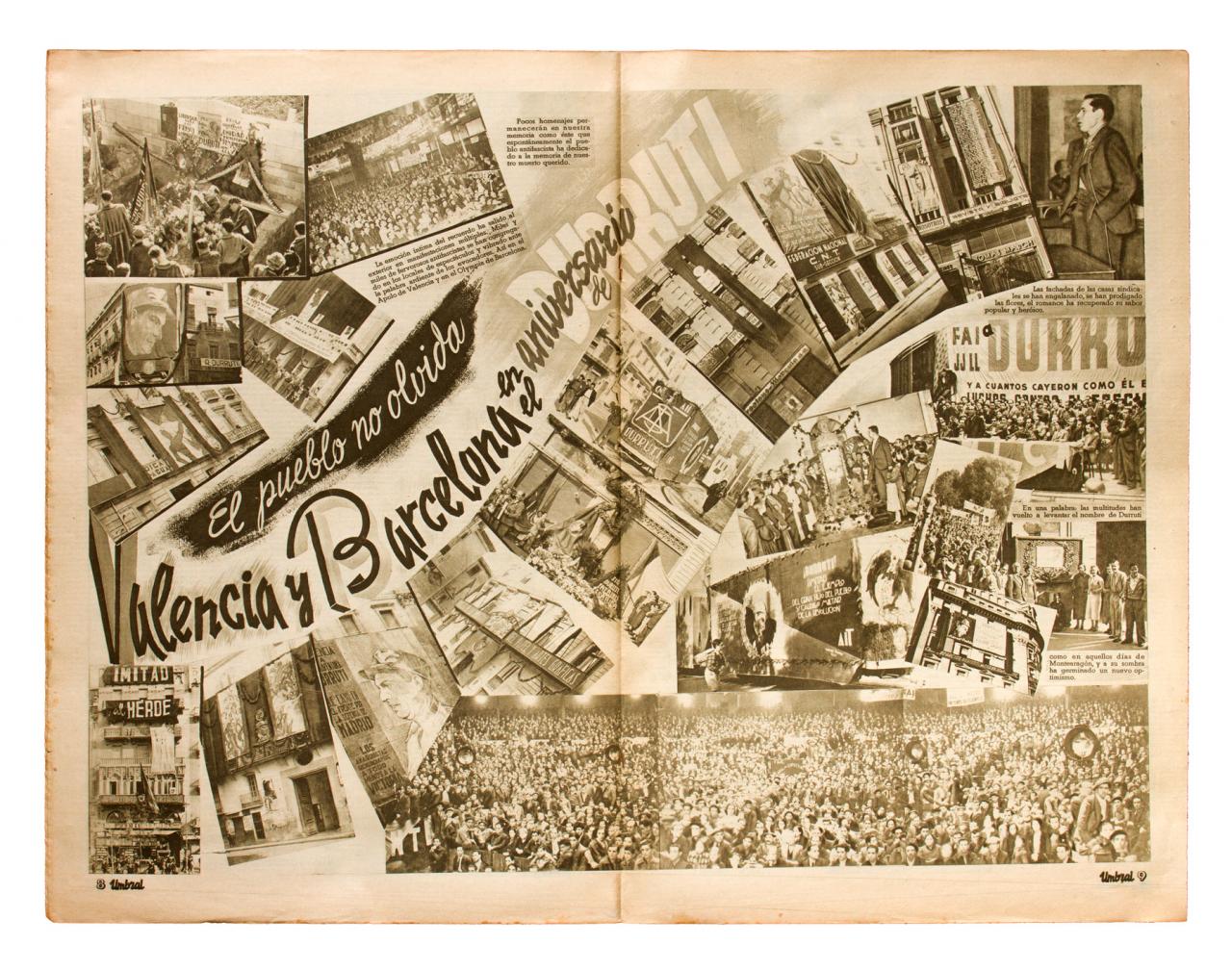 Anarchist magazine Umbral. Semanario de la nueva era was, during the Civil War, one of the most committed editorial and propaganda ventures among all those who prioritised pictorial content as a popular communicative weapon.

Led by the CNT, Umbral followed in the footsteps of other anarchist magazines such as Liberación! (1935-36), Estudios (1922-1937), Nuevos Tiempos (1934-38) or Tierra y Libertad (5a época, 1930-1939), publications that also combined text and illustrations on their pages. Unlike most of the libertarian publications of that time, Umbral was a highly professional project, born with the explicit aim of contesting a space, that of the illustrated paper, which was usually dominated by the bourgeois press in the field of social communication.

Reports by Pérez de Rozas and Kati Horna, who were sent all over the country to cover revolutionary conquests stand out among the photographic contributions toUmbral. It also published  work by some of the most significant names in Spanish photojournalism in the first decades of the 20th century, such as the Valencian Luis Vidal Corella, or the team Albero y Segovia and Martin Santos Yubero from Madrid.

In total, 62 issueswere published. The last oneappeared on 21 February 1939. It was printed under particularly dramatic conditions, with fascist troops getting ready for their victory march through the streets of Barcelona.