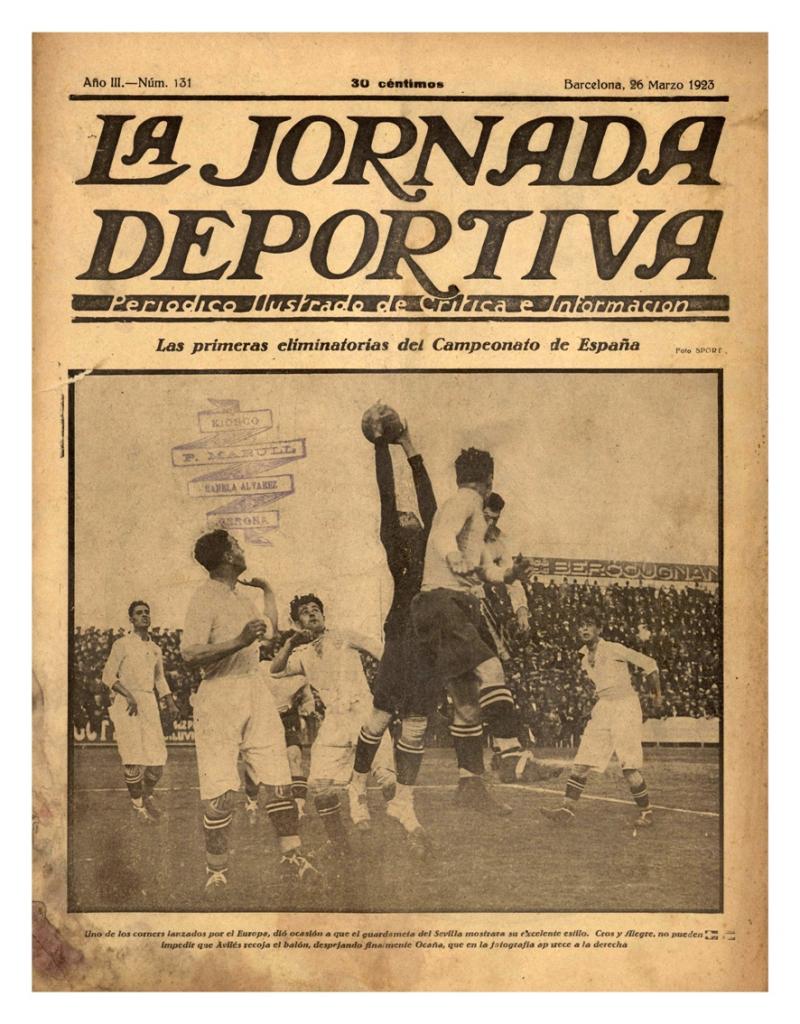 A weekly publication specialised in sports which was also founded with a clear graphic vocation, as indicated in the subtitle “illustrated newspaper of critique and information” and the full-page photography on the front page, a feature that would characterise it throughout its history. It was sports media that would set the modernising tendency of the press of the 20es, both due to the style of its content as well as for its formal aspect. It was managed by Josep Torrens until 1923, and relied on Frederic Borrás as the person in charge of the artistic management. The objective was, as  explained in the first edition, “to resist any European comparison”.

La Jornada Deportiva aimed at being the leader of the Catalan and Spanish sports press and thus choose to publish a great amount of graphic images, humorous notes, mono-graphic features on the latest and current news, all without leaving out the moralistic and protest columns regarding the social mission of sports, always signed by one of its supreme promoters, Josep Antoni Trabal.

The central double-pages were reserved, almost from the first issue, to any specific event, of which information was narrated with small photos accompanied by small texts, this way standing out in comparison to the other publications where the articles were dominant. This conception evolved towards a rather more important presence of the images and as of 1922 the central pages were titled “graphic notes” which would make up a summary of the Sunday sports day, built upon the base of photos of various kinds of sports.

As of 1923 Isidre Corbinos, a sports journalist, occupied the position of editor in chief and he turned it into a daily publication with the title “Diario Nacional de Sports”. The experience as a daily, which included a weekly graphic supplement, didn't consolidate due to the financial structure and it turned back to the original weekly format. The last issue of the publication located, date back to February 1925.