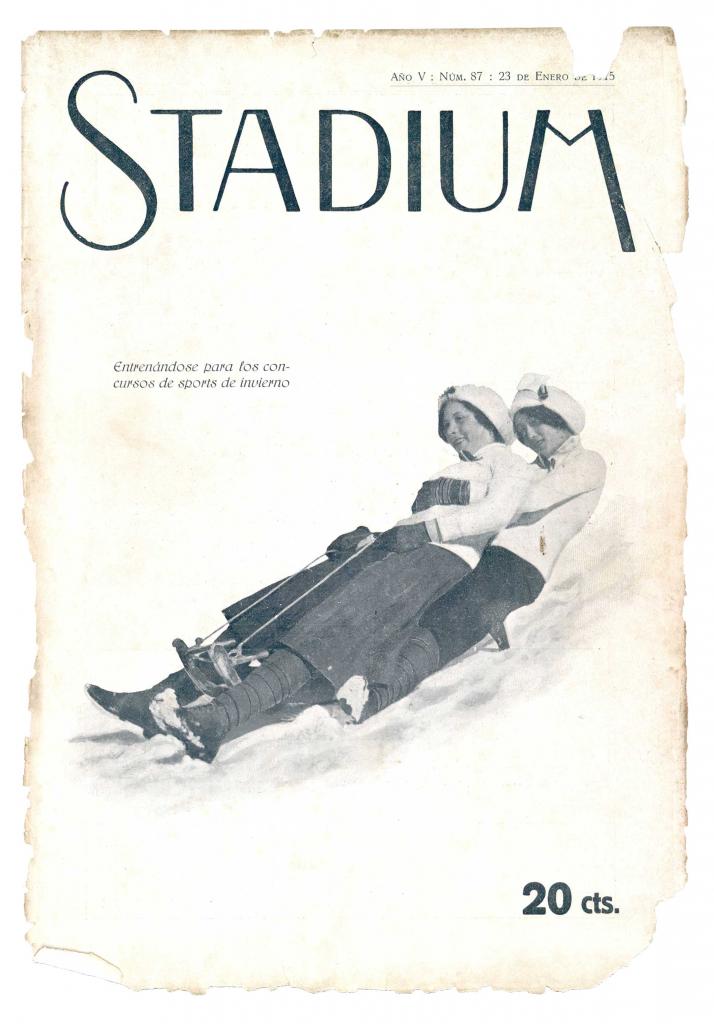 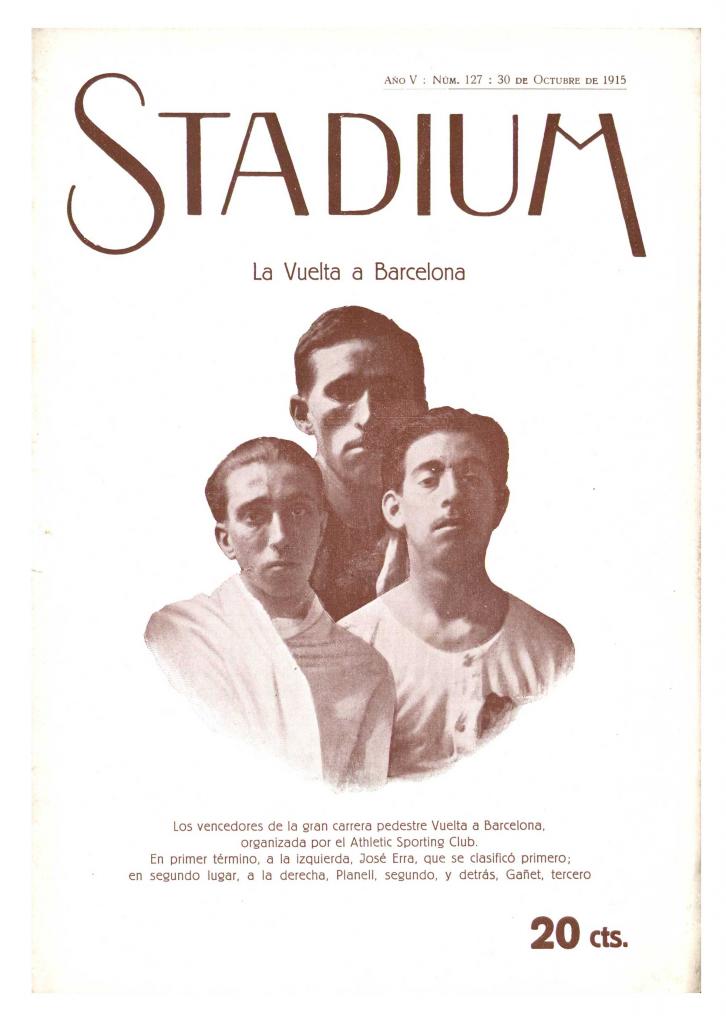 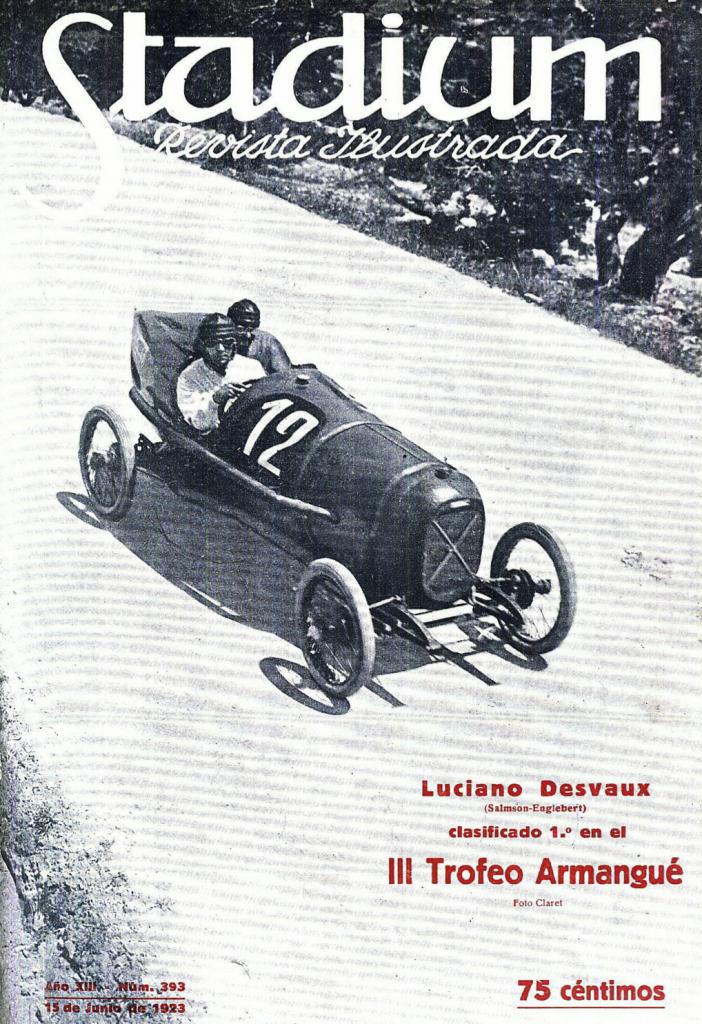 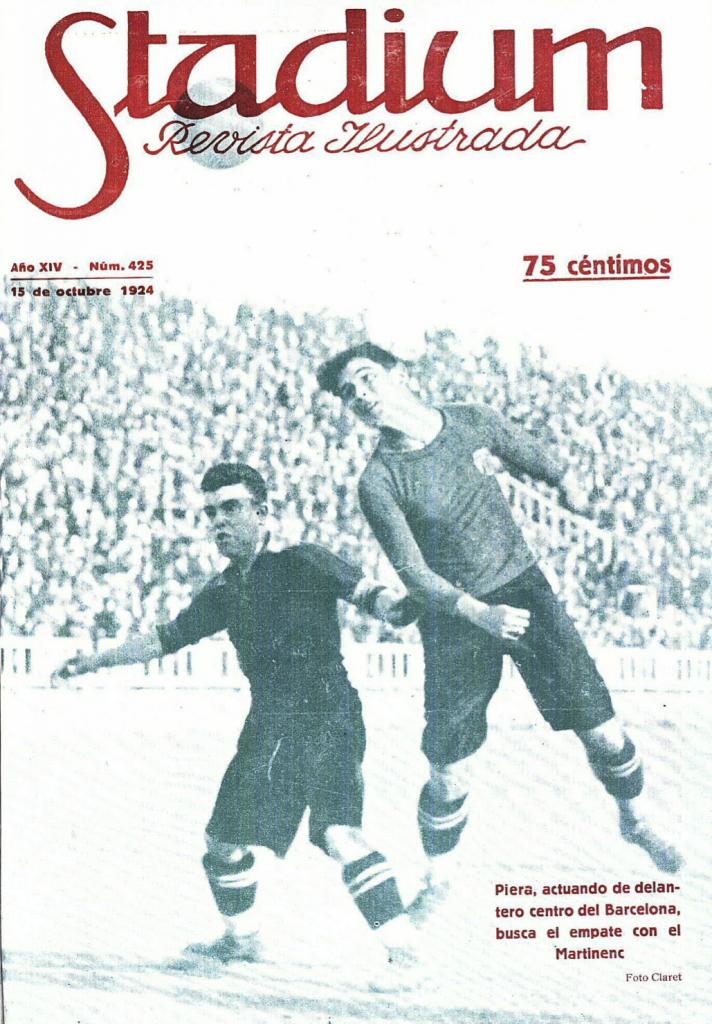 This fortnightly publication, launched the same year as the Sindicato de Periodistas Deportivos de Barcelona, meant the birth of a new journalistic model, namely that of the sports magazine, which still hadn't been tried out in Catalonia. In order to introduce itself quickly into the market it had to take a risk in terms of shape and contents, while at the same time maintaining its own tradition of native sports press.

The editor in chief and promoter, Ricard Cabot, took on the challenge and learned quickly that the demand for sports information came from a very specific audience: the supporters and practitioners, who where an increasing group; certain sectors of the bourgeoisie who were inserting themselves into the European models of leisure; and the activists of the physical culture and hygienism.

Stadium “An Illustrated magazine on Sports and Society” was launched like an authentic magazine, a hotchpotch that could be read and contemplated. Soon it stood out due to its format, conceived of as two magazines in one: eight pages of written information (“special sections”) and a central body in glossy paper (“graphic column”) made up of sixteen pages full of images and reduced foot notes.

In 1912 it was tried, without success, to expand the firm in order to become the sports magazine of reference in Spain. The breakout of the Great War changed the journalistic panorama and in the arena of the sports press this provoked the foundation of the enterprise Editorial Deportiva S.A., the fusion of the two most important and veteran newspapers in Barcelona, Stadium and its eternal rival, El Mundo Deportivo. At that time Stadium transformed, opening up to a lot more heterogeneous audience and lowering the price (from 30 to 20 cents). It started to come out weekly with the subtitle “An Illustrated, Technical and Doctrinal Select Magazine”, the number of pages were reduced to 16, although one of the distinctive feature, the “graphic column”, was maintained.

The entrepreneurial society dissolved in 1920 because it had perceived that it had accomplished its goals and the old editor in chief of El Mundo Deportivo, Narcís Masferrer, took charge of the magazine, replacing Cabot. Despite of the long service of Masferrer the harsh competition between the around twenty sports publications in Catalonia after the First World War marked the beginning of a process that reached its highest point with the extinction of this characteristic magazine.