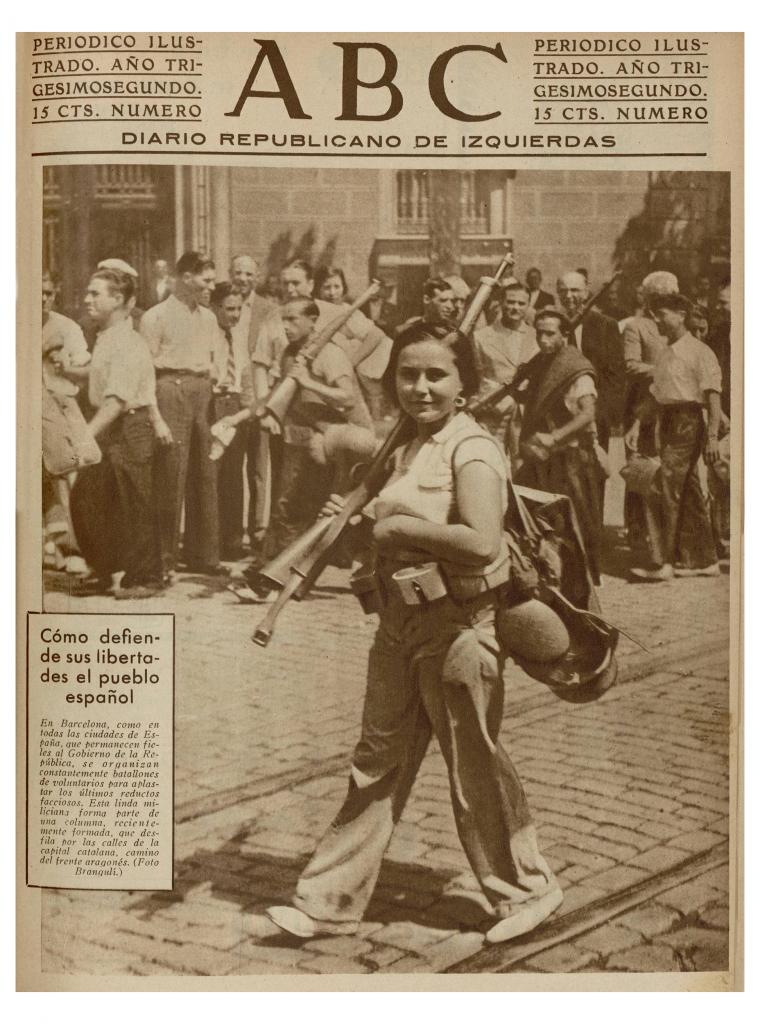 In Spain, the 20th Century starts with a journalistic milestone that marks the modernization of the daily newspaper: the creation of ABC. The 1st of June 1905 the newspaper saw the light after two years of trials as a fortnightly and weekly newspaper. The ambitious project promoted by Torcuato Luca de Tena (1861-1929) aimed at employing the philosophy of the preponderance of the image that had worked so well with the weekly magazine Blanco y Negro (1891) to the daily newspaper. Conceived of as a popular publication it emphasised three aspects: the aforementioned modern use of the image, which also included a commitment to the use of technical novelties, like for instance the introduction of the photogravure as of 1915; a reduced size and a magazine-like look, completely different from the rest of the newspapers, which heralded an authentic revolution in terms of the format of the period and a truly personal feature; and the philosophy of a newspaper enterprise, that is, not connected to any political organisation, although it leant towards a clearly liberal vision and monarchic stance.

Right from the start through their pages they asked for cooperation from professional and amateur photographer, they would pay 10 pesetas per photo. As time passed by, they combined the figure of the cooperating photographer with a network of correspondents in exclusive. The competitions, the way of treating the information making big campaigns around contemporary issues, the professionalization of their workers -impulsed by the highest salaries in the whole of Spain- and the technical quality, all made it a widely read newspaper.

The first years it faced economic loss, but due to the perseverance and the entrepreneurial vision of its founder -with the creation of Prensa Española S.A. in 1909 he stabilised it within a solid base- it managed to maintain and reinforce itself, reaching an amount of 150.000 printed copies in 1920, a number only shared with El Debate according to the statistics of the period. During the 20es and 30es it was the most important newspaper, and in 1929 a new edition was introduced in Seville.

During the Spanish Civil War, ABC made up an exceptional case in the history of the journalism in the Occident because, maintaining name and format, two different editions were published with antagonistic contents: one of Republican inclination, prepared in Madrid, and another faithful to the rebels edited in Seville.