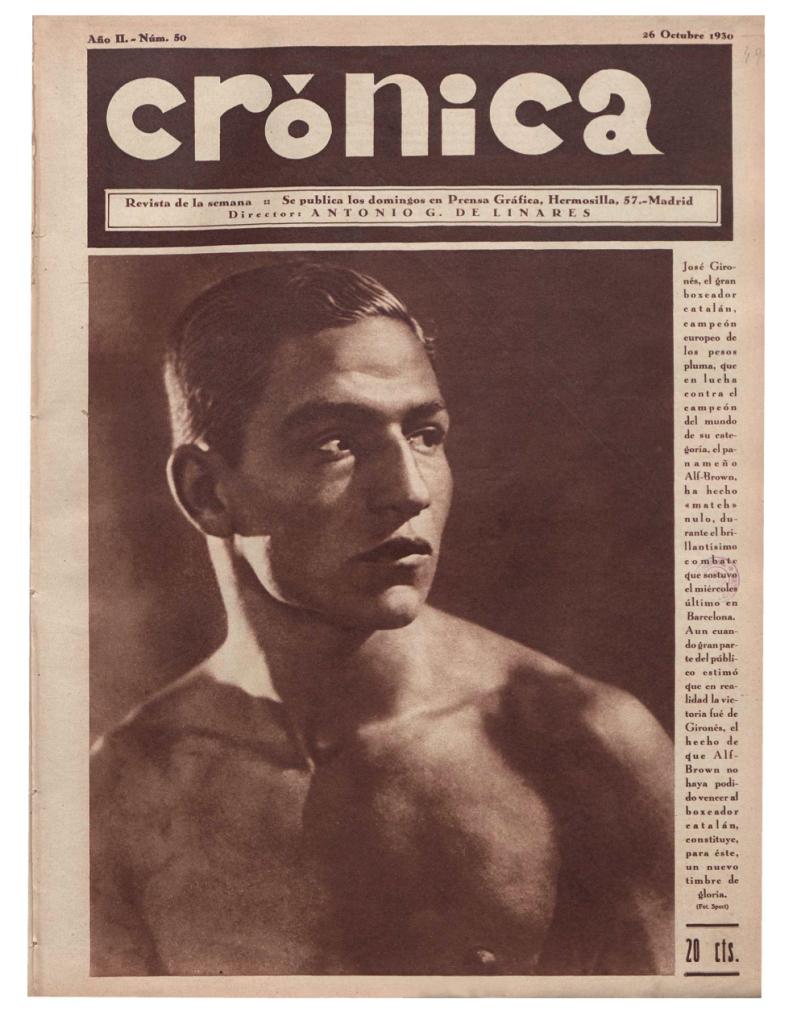 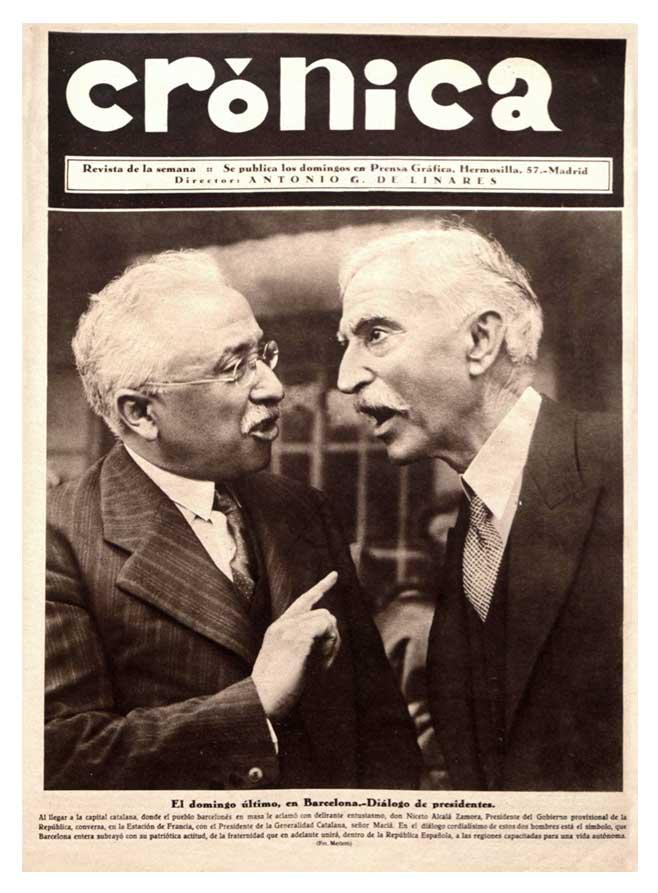 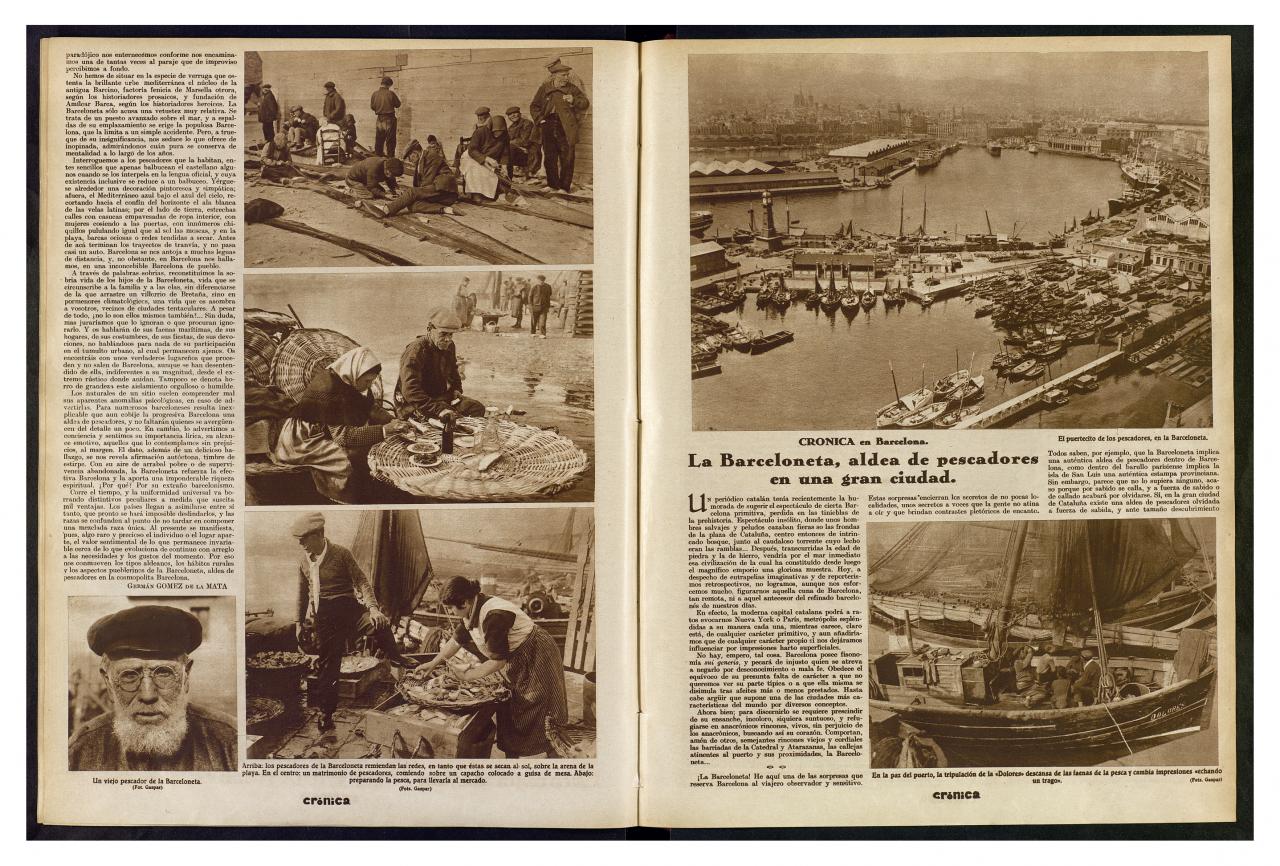 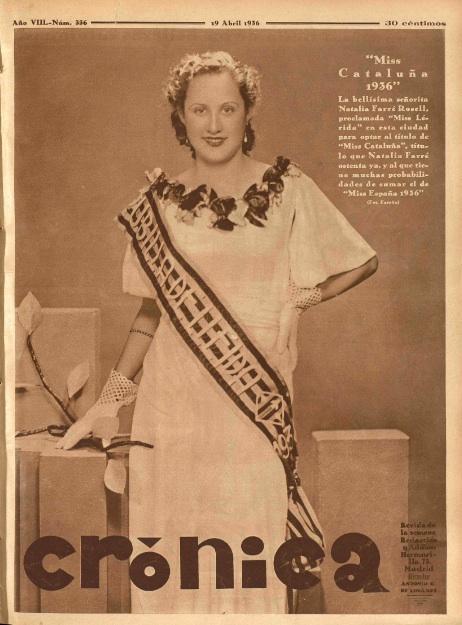 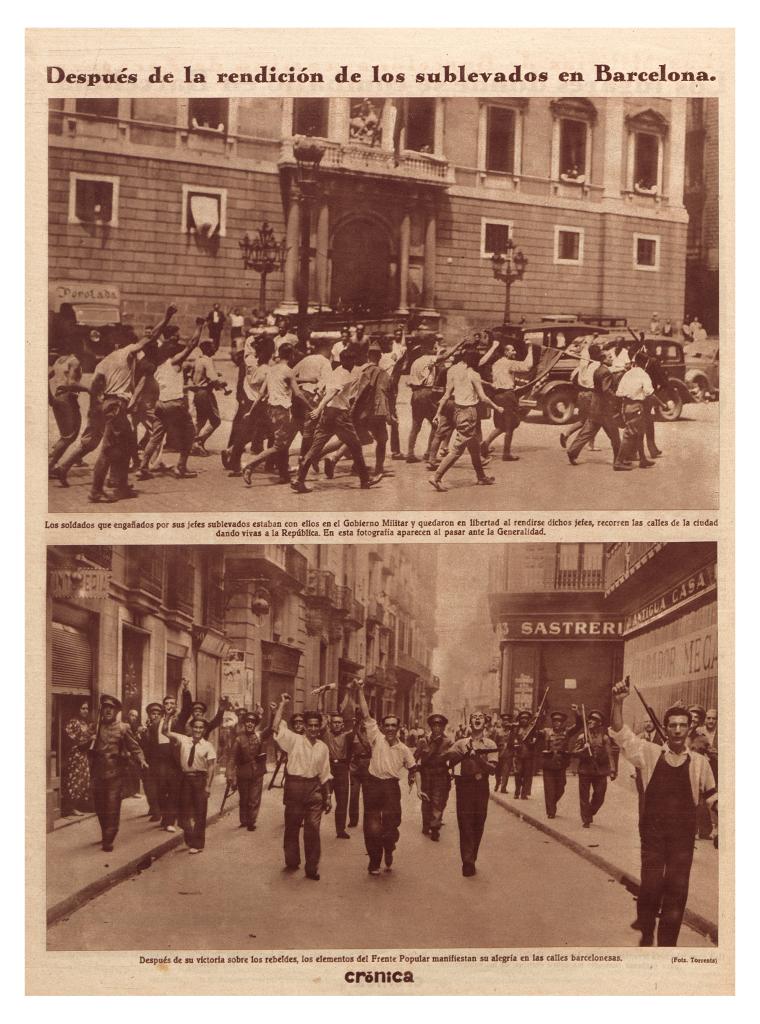 The weekly magazine Crónica arose with the aim of competing with Estampa, founded by Antonio González Linares and correspondent at La Esfera in Paris since 1925. González Linares had suggested the creation of a French-inspired magazine to Prensa Gráfica S.A., but they had rejected the project. Nonetheless, a year later, confronted with the success of Estampa, the enterprise called him and asked him to launch Crónica with a print run of 200.000 copies.

Crónica and Estampa lead to the implementation of a prototype of a magazine, already been introduced in Europe, which would focus on the very latest, and stand out by its extended use of photo-reportage. The rivalry between the two publications was constant throughout their history, coinciding with the use of a single photo on the cover and in the huge amount of subjects dealt with.

From the very first day, Crónica was well received, published every Sunday at a price of 20 cents, ten less than Estampa but also with less pages. Printed in photo-gravure, it started out with 16 pages and later extended to 24 and subsequently 40. With regards to the contents, it corresponded to the classical concept of a magazine, including interviews, features, reports and general information, as well as show, sports, fashion and children's section. As a unique characteristic, from 1931 onwards it featured naked female photos. The great amount of photographic material stands out, as well as the presence of advertising, and it differed from the rival in that it had a more liberal, republican and popular character than Estampa which was a lot more moderate and conservative.

During the war it continued to be published and brought information from the front and rearguard, always loyal to the Republican ideology. The pages decreased till 8 due to shortage of paper, and later in 1938 it completely ceased to exist.