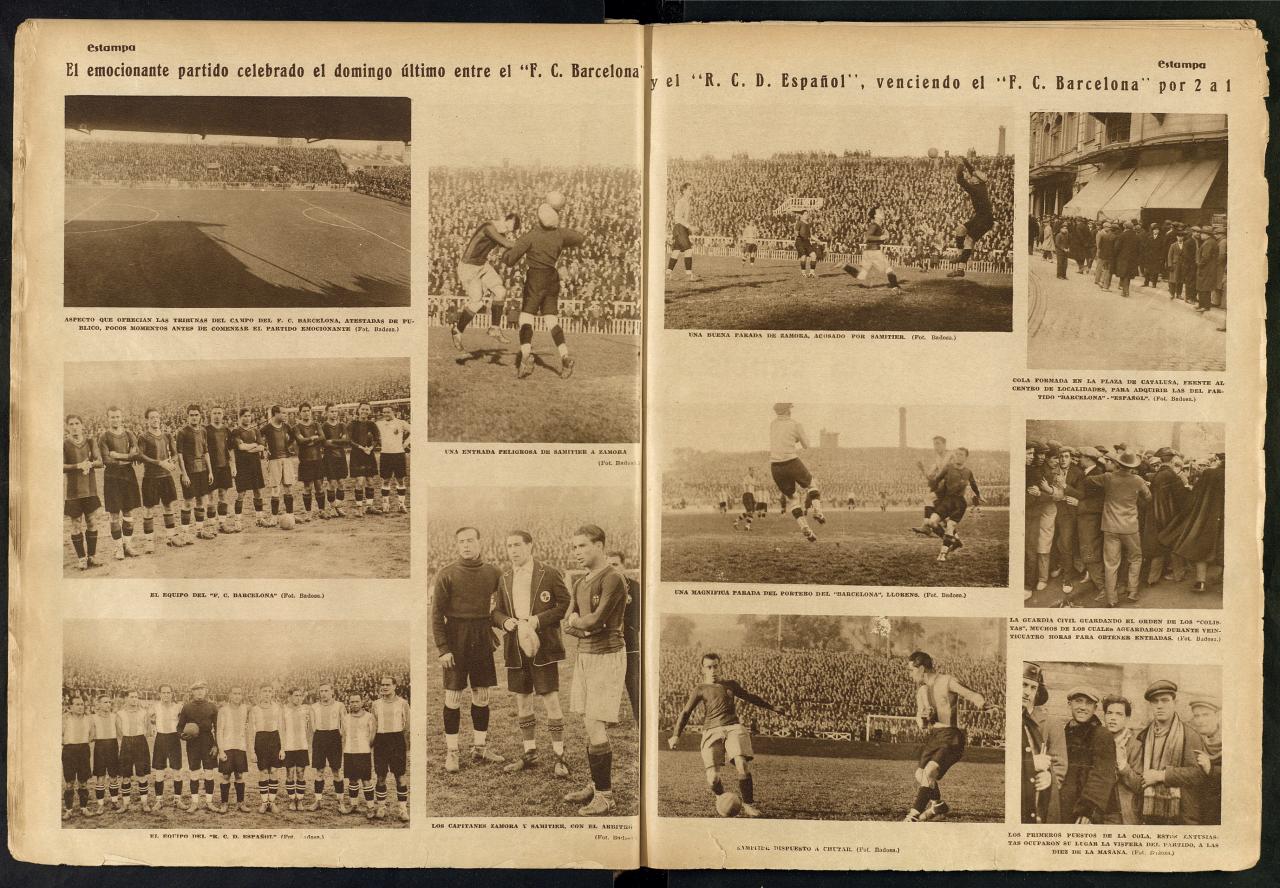 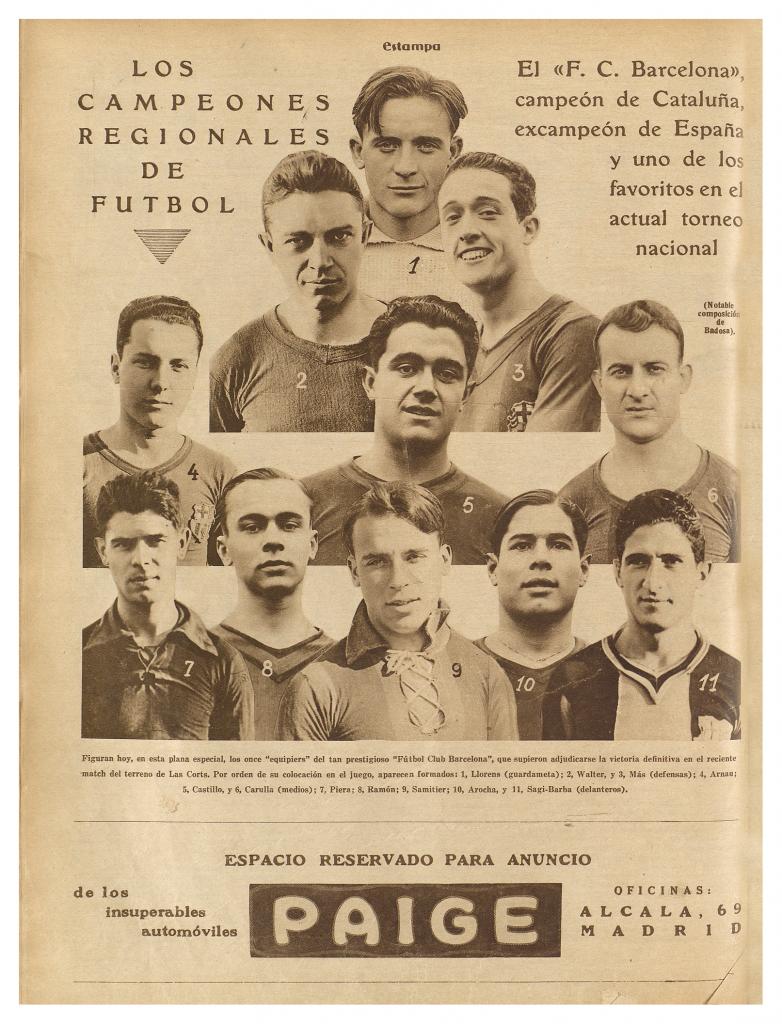 At the end of the 20es the magazine Estampa symbolised the modernization of the weekly graphic magazine with focus on the very latest in Spain, following the model that was being implemented in Europe at large. This general news magazine was founded on top of a project led by its first editor in chief, Antonio González Linares, correspondent at La Esfera in Paris since 1925.

First of all, González Linares had proposed the creation of a new publication to Prensa Gráfica S.A., clearly inspired by the French press. The company had rejected the offer, so thanks to the civil engineer Luis Montiel, owner of some printing workshops, Estampa would burst into the Spanish journalistic scene with great success.

Shortly thereafter Prensa Gráfica launched Crónica in order to compete directly with it and González Linares joined as editor in chief. At this point Vicente Sánchez-Ocaña, who was already editor, and Luis Montiel would take charge.

The first edition would lay the basis for the personality of the weekly magazine: with 48 pages illustrations the images would dominate the presence rather than the text. Printed in photogravure -a technique that was getting popular among the Spanish press during this period- with a novel design and popularly priced, it gained immediate popularity amongst the audience. Thus, in two months time, it was already selling 100.000 copies; by the end of the third, it had augmented to 150.000 and subsequently it reached 200.000, numbers usually reserved for the most popular newspapers. Economically the project was sustained and growing thanks to the extensive presence of advertising that occupied six pages.

Although initially the importance was put in the literary contents, during the first year emphasis had been put on general information without leaving aside a series of fixed sections (humour, fashion, travelling, bullfighting, and sports). It is also worth noting the sections, “snap-shots”, with fifteen photos selected by the editorial department, or “graphic notes”, with news from the provinces with 50 images of different format. The key characteristic of Estampa was the priority given to the use of the photography, with an average of 100 per edition. The general information was always illustrated with photos, while drawings dominated the literary, humorous and children´s pages. When it appeared in January 1928 it had the subtitle “graphic and literary magazine concerning the very latest issues of Spain and the world”, later on it was limited to “graphic magazine”, this way emphasising the visual intention of the publication.

During the years of the Republic, it confirms its success and compete toughly with Crónica, which had very similar contents, but also with other more veteran weekly magazines such as Blanco y Negro, Mundo Gráfico y Nuevo Mundo. After the military coup in 1936 the employees of the editorial department, the workshops and the administration seized the enterprise and Estampa continued to publish supporting the Frente Popular with a clear predominance of communist ideology once the conflict advances, providing information from the different fronts and the rearguard, above all in Madrid. The pages decreased considerably in amount due to the shortage of paper, and in 1938 it completely ceased to exist.