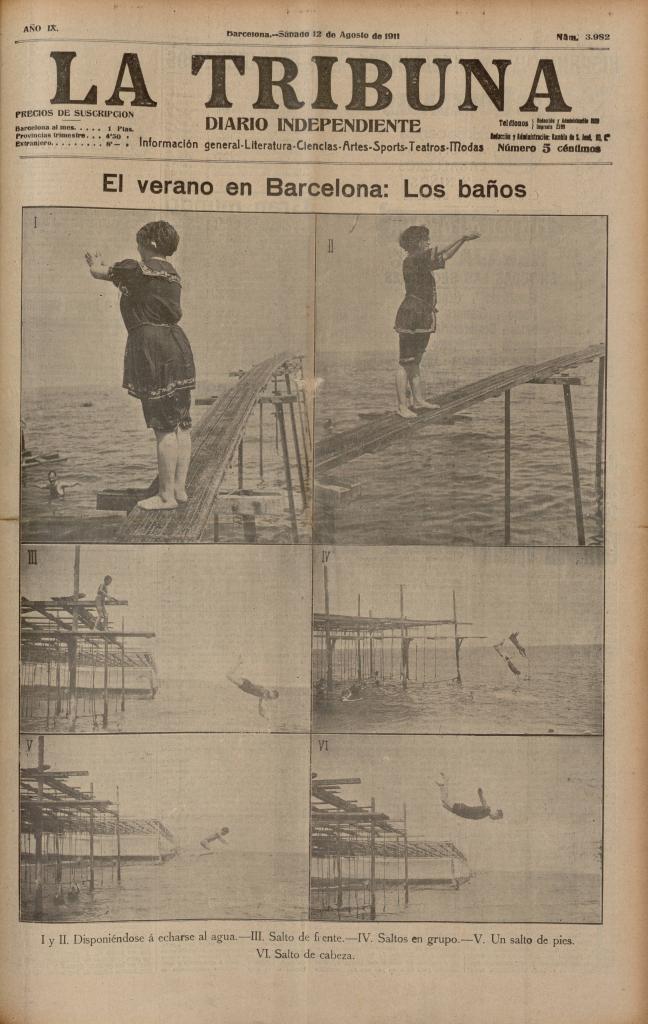 Between 1911 and 1919 La Tribuna was the pioneer amongst the daily graphics of the Catalan press. As of its foundation in 1903, this liberal newspaper, of left-wing inclination and with a popular vocation, wasn't renowned at all for a graphic wagering, since it didn't include any photo; it only included some illustrations on occasions.

The first reference to a peculiar “photographer” came up in 1905 in a section of questionable regularity called “Familiar People” illustrated with caricatures, which was signed “Bagaria de Paturot, photographers”. As of that year, and until 1911, the drawings were published separately and on occasions months would go by without the appearance of any.

But as of 1911 the newspaper takes a spectacular shift when it is bought by the businessman Joan Pich i Pon, both with regards to the editorial line as above all in the graphic aspects. The evening newspaper announced during March that year the new phase: “LA TRIBUNA will be converted into a graphic newspaper with world information, publishing all week long lots of engravings and plenty of current texts on Arts, Sciences, Theatre, Literature, Sports and Fashion.” The 9th of April a change in the outline is brought about with a new design in the headline, new subtitle “independent newspaper” and a full front page occupied by 4 photos with the following indication in the foot note “News from Spain and abroad”.

The constant presence of the photography on the front page, often occupied by a single image, and the treatment and space that these were dedicated on the inner ones, clearly show the philosophy of the newspaper. With regards to the publishing professionals, it is worth noting that from the first moment the role of the photojournalist is considered a stable one, or a title holder of the newspaper, who signed with his name and the postscript “de la Tribuna” leaving little space for signatures of sporadic collaborators.

In September 1913 the premises changed due to the fact that the enterprise launched a morning newspaper built on the same conception of the image: El Día Gráfico. According to the consolidation of this new newspaper, La Tribuna lost the favour of the audience and in 1919 Pich i Pon decided to sell it to another firm. As of then it returned to a design without images at all.